Our Sitefinity resources include tutorials, blogs, videos, and other helpful information to help your company get the most out of Sitefinity.

The Sitefinity Minute is a collection of videos that are one to two minutes in length and released every week that provide helpful tips and tricks and cover a variety of topics that will help users of Sitefinity get the most out of their content management and digital experience platform. 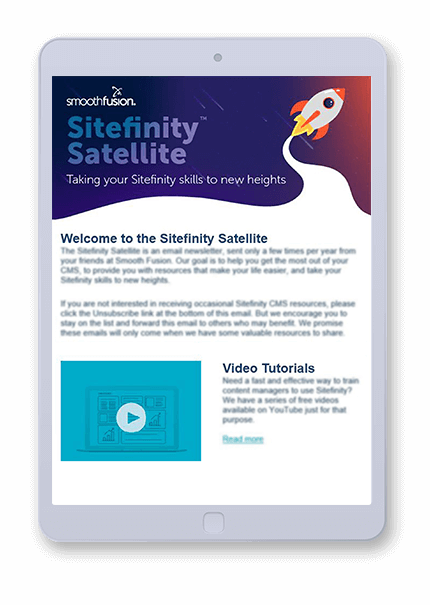 When signing up for the Sitefinity Satellite, you get all of the latest Sitefinity resources, blogs, and videos we create directly to your inbox.

If you decide you no longer want it, you can easily unsubscribe. We promise we will only send it when we have something helpful to share, so sign up now!

Our Sitefinity Tutorial was created to help content managers and marketers be successful with Sitefinity CMS.  We currently have versions 11, 12.2, and 13 available for download. Once you fill out the form below, you will be redirected to a page to select the version you wish to view.

This tutorial covers the following topics: 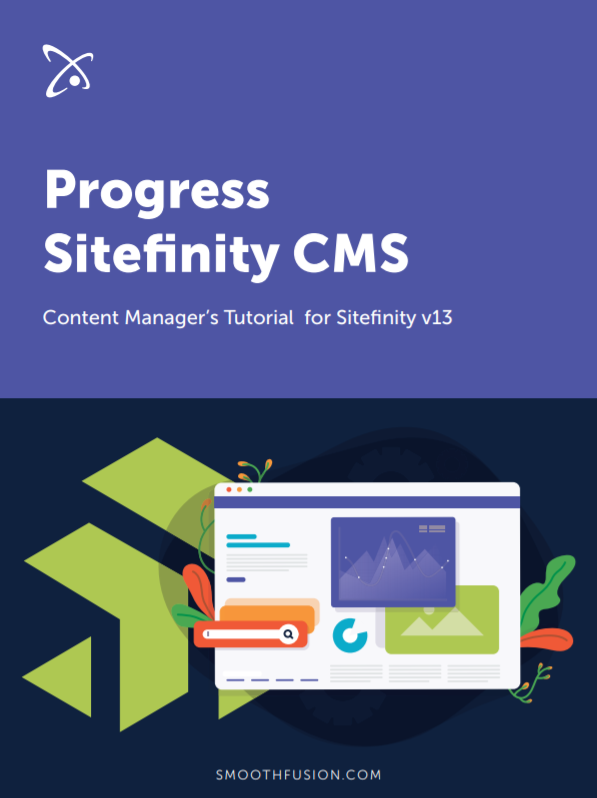 As a Sitefinity Partner for over a decade, we have a lot of experience, knowledge, and insights that we share on our blog.

Sitefinity DX 14 has officially been released.  This release isn't just another version release but is the introduction of a redefined Sitefinity, one that has evolved over the years to become a leading digital experience platform.

Sitefinity has always made it easy to connect to 3rd party applications, but in version 14 Progress has introduced service hooks which makes integrations even easier.

A service hook allows for low-code integration with other 3rd party services when  business events occur on your site. Supported events include form submissions, blog post publication, document deleted, and so on.

These events serve as triggers to send data to third party tools and services like Zapier, Microsoft Power Automate, or even custom end points.  From there, it is easy to integrate with hundreds of common third-party systems through existing connectors.

Easily Add a Chatbot to Sitefinity

In Sitefinity DX 14, users can add chat bots directly to a page with the NativeChat widget.

NativeChat comes with a variety of templates that cover common chat scenarios. After creating your bot in NativeChat, it is easy to add the chatbot to your Sitefinity site.

Utilizing a three-tier architecture has many benefits including increased performance, reliability, and scalability with less effort when upgrading Sitefinity and faster set-up and deployment.

Sitefinity DX 14 has better integration with Sitefinity Insight to track YouTube video views. This was available in past versions, but the process has been made much simpler, requiring the user to only add a video to a page.

Here are all the video tracking engagements that will be captured in Sitefinity Insight.

See all the details in the Sitefinity Insight documentation.

In previous versions, when publishing and syncing minor edits to page content, you have to sync an entire module or site with the SiteSync module.  In Sitefinity DX 14, content editors can now sync individual pages or items.

You can also sync content that is in different editorial states like unpublished or published, scheduled for unpublish or publish, draft, in approval workflow, or items with a locked status.  These items can be synced either individually or in bulk.

One of the most common reasons for slow page load speed is images with large file sizes. Cutting down file sizes on JPGs and PNGs too much can lead to bad image quality.

Sitefinity now supports the modern image format WebP.  WebP is a better option for images on your website because you can provide site visitors a great quality image that has a smaller file size than JPGs and PNGs. And because they are smaller, they load faster too.

We have said this before but it is true. With every new version release, the features and capabilities of Sitefinity are improved, giving Sitefinity users a modern digital experience platform and content management system that can truly grow with their organization.

If you have questions on this newest version or want to learn more about Sitefinity CMS, then reach out to our team of Sitefinity Experts at Smooth Fusion.